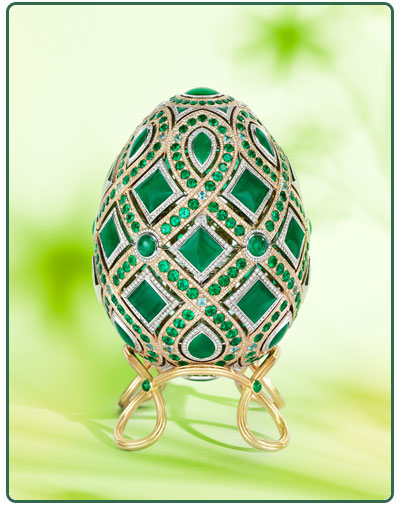 In 2007, Pallinghurst identified the coloured gemstone sector as an “overlooked” industry that offered a unique investment opportunity. Demand for coloured gemstones by the jewellery and fashion sectors was increasing, but supply was constrained and fragmented due to the lack of large, reliable producers able to consistently deliver sufficient quantities of gemstones. Pallinghurst saw an opportunity to unlock value by bringing capital, scale and professionalism to the industry, to which end it assembled a consortium of Pallinghurst Co-Investors, including the Group.

Kagem, an emerald mine in the “Copperbelt” region of northern Zambia, currently producing nearly a quarter of the world’s emeralds, was the consortium’s first acquisition in the sector. Kagem had been producing emeralds for nearly 20 years but was performing badly due to a combination of poor management, theft, shareholder conflicts and a lack of capital. Through a series of transactions, the consortium acquired 75% of Kagem, with the balance held by the Government of the Republic of Zambia. In pursuing its vision for consolidating the sector, the consortium acquired majority control of AIM-listed Gemfields plc (“Gemfields”) by selling Kagem to Gemfields in a reverse takeover during 2008.

Gemfields began its expansion into other major coloured gemstones in 2012 when it acquired 75% of a large ruby deposit near the town of Montepuez in northern Mozambique. The mining licence covers 340 square kilometres and is believed to be the most significant recently discovered ruby deposit in the world.

Gemfields’ 24 auctions of emerald and beryl mined at Kagem since July 2009 have generated US$459 million in aggregate revenues. Gemfields continues to experience significant demand for its responsibly sourced emerald and beryl with successive auctions regularly achieving record per carat prices and auction proceeds. 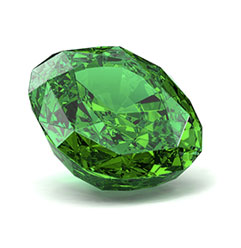 In September 2016, a predominantly commercial  quality  rough  emerald  auction was held in Singapore. The auction generated revenues of US$10.7 million at an average price of US$3.28 per carat.

In February 2017, a predominantly higher quality rough emerald auction was held in Lusaka, Zambia. The auction generated revenues of US$23.3 million at an average price of US$63.61, the third highest to date.

Kagem prides itself on its ability to produce emeralds that are mined in a responsible, transparent and safe manner, with minimised impact on the natural environment. In May 2015, Gemfields’ track record in safety management was once again acknowledged by the Mines Safety Department of Zambia, who awarded Kagem a safety certificate recognising 3.5 million shifts free of reportable injuries.

For a copy of the CPR for Kagem, please click here.

Ruby and corundum production and grade in Gemfields’ financial year to 30 June 2016 increased by 23% and 5% to 10.3 million carats and 35 carats per tonne respectively.

Production for the six months to 31 December 2016 also saw an increase to 5.6 million carats at a grade of 29 carats per tonne, up from 2.1 million carats in the comparable period.

The wash plant upgrade, featuring integrated dense-media-separation, was completed in December 2016 and included the replacement of almost all components. The improvements are expected to double the throughput rate to a target of 150 tonnes per hour, with a corresponding increase in gemstone production.

Montepuez continues to work with the communities surrounding the mine to ensure that local people benefit from its activities and to supplement the Government’s efforts in improving the quality of life within rural communities. The rehabilitation of a local primary school was completed during October 2016 by Montepuez and construction of three local primary schools is underway.

For a copy of the CPR for Montepuez, please click here.

Gemfields owns a 50% interest in Kariba, one of the largest amethyst mines in the world, and which is located in southern Zambia near Livingstone. In April 2016, at the Lusaka emerald auction, amethyst was sold generating revenues of US$200,000 with 6.6 million carats sold.

In September 2016, at the Jaipur emerald auction, amethyst from Kariba was also sold at the auction, generating revenues of US$400,000 with 11.6 million carats sold.

Gemfields have held two ruby auctions during its 2017 financial year, which have comprised of rough gems sourced from its Montepuez ruby deposit in Mozambique.

Montepuez’s eight auctions, held since June 2014, have generated US$280.5 million in total revenues.

In June 2016, an auction of mixed higher and medium grade rough ruby was held in Singapore. The auction generated revenues of US$44.3 million at an average price of US$29.21 per carat, with 95% of the total carats offered being sold.

In December 2016, an auction of mixed higher and medium grade rough ruby was held in Singapore. The auction generated revenues of US$30.4 million at an average price of US$27.79 per carat, with 85% of the total carats offered being sold.

In June 2017, an auction of mixed higher and commercial quality rough ruby was held in Singapore. The auction achieved revenues of US$51.4 million, an all-time high for any Gemfields auction. A total of 895,848 carats were sold at an average price of US$61.13 per carat.

Gemfields’ ownership of the iconic Fabergé name helps boost the international recognition and appeal of coloured gemstones and has contributed to the increase in demand for Gemfields’ responsibly sourced gems.

During its financial year to 30 June 2016, Fabergé saw revenues and the number of units sold and delivered increase by 33% and 81% respectively as it continued to expand its global presence with the total number of outlets increasing by 60%.

MULTI AWARD WINNING
Lady Compliquée Peacock
"After health and family, time has become our most precious possession and it is fitting that it should be respected by special timepieces of unparalleled heritage. We are grateful to the jury for recognising the Fabergé team’s contribution to the world of creative watchmaking."

In November 2016, Fabergé’s Visionnaire DTZ men’s timepiece won the Grand Prix d’Horlogerie de Genéve in the “Travel Time” category, one of the most prestigious watch competitions in the world.
Financial

Gemfields achieved record revenues of US$193 million, EBITDA of US$69 million and net profit after tax of US$23.5 million for its financial year to 30 June 2016.

As a result of the postponement of the December 2016 higher quality emerald auction however, Gemfields achieved reduced revenues of US$51 million for the six months to 31 December 2016, an EBITDA loss of US$4 million and a net loss after tax of US$14 million.

Gemfields announced that it had entered into US$65 million debt financing facilities in July 2016. There are three facilities totalling US$45 million for capital expenditure and working capital at Montepuez, as well as a US$20 million facility for general corporate purposes. The Group also extended a US$5 million short term and unsecured working capital facility to Gemfields in December 2016.

Gemfields continues to progress work on the proposed Coscuez transaction, with technical and operational due diligence work being at an advanced stage. Discussions have been held with the Colombian authorities to discuss options for transferring the mining title to the joint venture in good standing. Gemfields continues to work on legal due diligence in relation to the Coscuez transaction.

In Ethiopia, an initial exploratory diamond core drilling programme was completed in December 2016 by Web Gemstone Mining. Pegmatite was intersected in all sections along 800 metres of strike length and ore depth was confirmed up to 50 metres. Geochemical analysis of the drilled core is in progress using a handheld XRF machine and samples will be sent for laboratory analysis. An application for the extension of the exploration licence has been submitted to the Ministry of Mines and ground preparation is underway for commencement of bulk sampling in the next financial year.