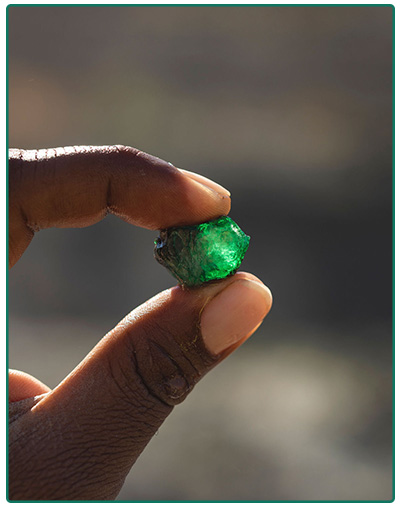 In 2007, Gemfields Group Limited (formerly Pallinghurst Resources Limited) (“GGL”) identified the coloured gemstone sector as an “overlooked” industry that offered a unique investment opportunity. Demand for coloured gemstones by the jewellery and fashion sectors was increasing, but supply was constrained and fragmented due to the lack of large, reliable producers able to consistently deliver sufficient quantities of gemstones. Pallinghurst saw an opportunity to unlock value by bringing capital, scale and professionalism to the industry, to which end it assembled a consortium of Pallinghurst Co-Investors, including the Group.
Kagem, an emerald mine in the “Copperbelt” region of northern Zambia, currently producing nearly a quarter of the world’s emeralds, was the consortium’s first acquisition in the sector. Kagem had been producing emeralds for nearly 20 years but was performing badly due to a combination of poor management, theft, shareholder conflicts and a lack of capital. Through a series of transactions, the consortium acquired 75% of Kagem, with the balance held by the Government of the Republic of Zambia. In pursuing its vision for consolidating the sector, the consortium acquired majority control of AIM-listed Gemfields plc (“Gemfields”) by selling Kagem to Gemfields in a reverse takeover during 2008.

Gemfields’ 39 auctions of emerald and beryl mined at Kagem since July 2009 have generated US$749 million in aggregate revenues. Gemfields continues to experience significant demand for its responsibly sourced emerald and beryl with successive auctions regularly achieving record per carat prices and auction proceeds. 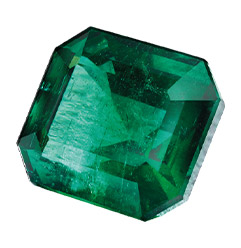 During March/April 2021, a series of five small and sequential emerald auctions of a selection of grades were held in various locations and online. The auctions generated aggregated auction revenues of US$31.4 million at an average price of USD 115.59 per carat.

During July/August 2021, an auction of predominantly commercial quality rough emerald was held in Jaipur. The auction generated revenues of US$23.1 million at an average price of US$6.61 per carat.

During November/December 2021, a series of five small and sequential emerald auctions of a selection of grades were held in various locations and online. The auctions generated aggregated auction revenues of US$37.8 million at an average price of USD 150.65 per carat, an all-time record for Kagem auctions.

Mining operations were well on track during the first quarter of the year until the full impact of Covid-19 led to the suspension of principal operations from 30 March 2020. Kagem recommenced operations at the wash plant from 17 March 2021. Up until the suspension of principal operations in March 2020, Kagem continued work in all three pits: Chama, Fibolele and Chibolele.
Fibolele was mined all along the 600m strike length. The adjacent pit was dewatered so that the present working pit can be extended along the strike direction. Chibolele was mined at two productive sectors and a pushback for western extension was initiated.

Gemstone production for the year was 9.4 Mct of emerald and beryl, with 133,862 carats of premium emerald. This is a sharp fall from the previous year as the operation was suspended since March 2020.
Of the total production, Chama pit contributed 7.88 million carats, Chibolele contributed 1.38 million carats and Fibolele provided 0.13 million carats.

In addition to the steps taken to upgrade the security system in and around the pits in the previous years, in 2020 an additional CCTV tower was erected to establish more focussed surveillance at Chama contact points, radio communications were improved, and patrol teams specific to particular zones were formed and deployed. A new palisade fence was erected around the sort house to enhance security.

Kagem continues to mine in a responsible, transparent and safe manner whilst sticking to the tenets of legitimacy, transparency and integrity as an essential part of health, safety and environment (“HSE”) and its commitment to mining safety and environmental conservation. We aim at a zero-harm (injury-free) culture and our efforts can never be overemphasised as the health and safety of our employees is not only considered critical to the operation but is also ultimately the responsibility of each individual.

The sustainability and corporate responsibility activities aim to position Kagem in good standing with local communities and to ensure that its policies impact positively on people and complement Government in reducing poverty levels and suffering amongst the people. Our approach is community participation in line with Government policy.

Total operating cost, as defined below, for the year was USD33.4 million (December 2019: USD61.7 million), with a unit operating cost of USD14.48 per tonne of rock handled compared to USD4.90 in 2019. The cash rock-handling unit cost (defined as total cash operating costs divided by total rock handled) was USD9.48 per tonne for the year, with a total cash cost of USD21.8 million compared to USD38.9 million and USD3.07 per tonne in 2019, as the operations were suspended from April 2020 to December 2020 leading to lower production than during the prior year.

Total operating cost includes mining and production cost, selling, general and administrative expenses, and depreciation and amortisation, but excludes the change in inventory.

During the year, USD0.9 million was invested in the replacement of mining and ancillary equipment as well as in infrastructure improvements. The capital investment was significantly below the USD4.3 million made in 2019, mainly due to the suspension of operations from April 2020 as the Group prioritised employee safety and cash conservation.

Thanks to the sterling efforts of our team in Zambia, Kagem achieved remarkable production of “premium emeralds” during the only operating quarter of 2020.

Gemfields is delighted to introduce “Chipembele”, the latest and largest significant gemstone discovered at the Kagem emerald mine in Zambia. 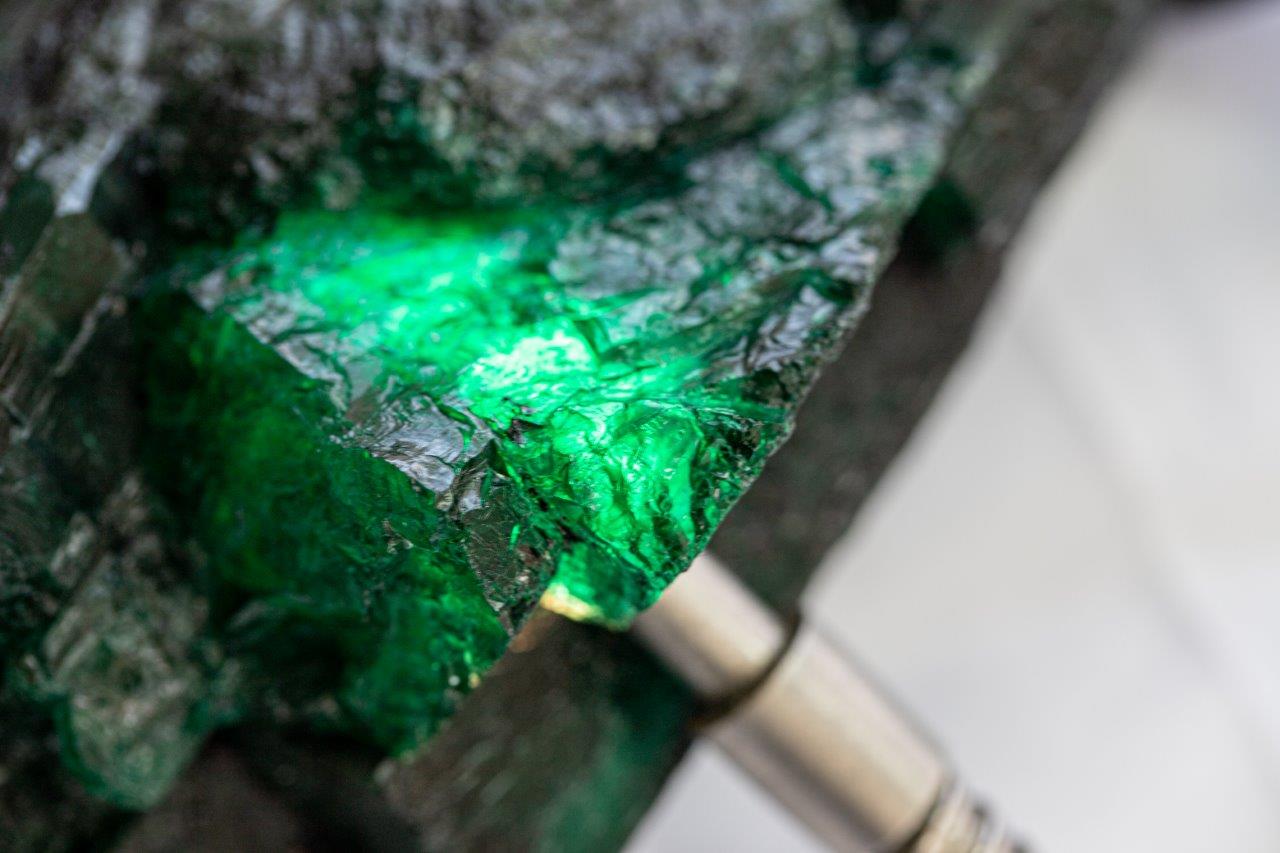 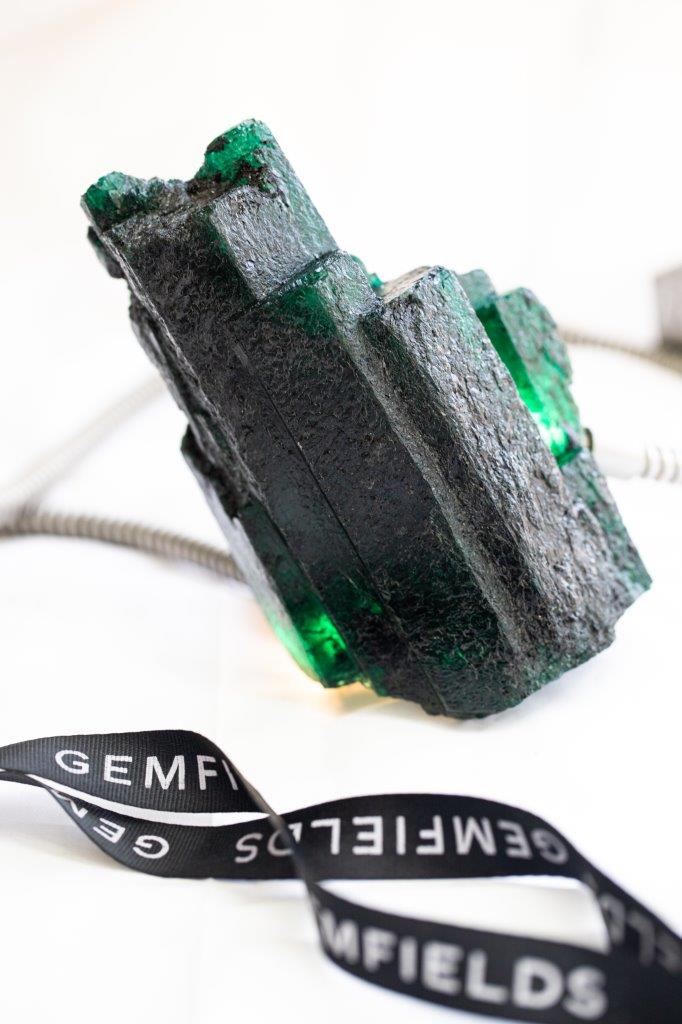 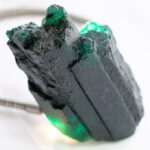 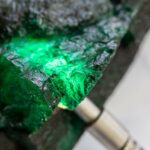 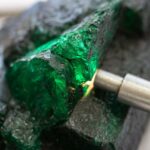 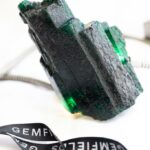 Gemfields is pleased to announce the results of an emerald auction comprising a series of five sequential mini-auctions held during the period 15 March – 17 April 2021. The auction contained a selection of grades that are typically offered at Kagem Mining Ltd’s (“Kagem”) auctions of higher quality emeralds. Selected lots were made available for in-person and private viewings by customers in Tel Aviv, Dubai and Jaipur. Following the viewings, the auctions took place via an online auction platform specifically adapted for Gemfields and which permitted customers from multiple jurisdictions to participate in a sealed-bid process.
Gemfields shareholders are advised that the Company has released information about its operational results and financial position up to and including 31 December 2020. The figures have been produced on a monthly‐basis for Gemfields’ 75% owned Kagem emerald mine, its 75% owned Montepuez ruby mine and Fabergé, the iconic luxury brand.
‹ Previous 1 2 3 4 … 16 Next ›