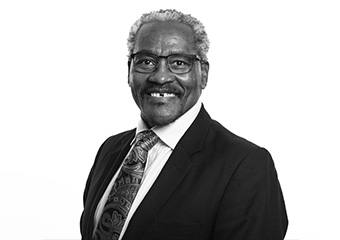 Lumkile Mondi is a Senior Lecturer at the School of Economics and Business Science of the University of the Witwatersrand in Johannesburg, South Africa. Mr Mondi is a strategist, economist and a leader. He has worked extensively in the African continent undertaking his responsibilities at the Industrial Development Corporation (IDC), where he was an executive for eleven years. He also serves on the boards of Aerosud and GAIA Infrastructure Capital Limited and is the chairman of Musa Group and Thelo Rolling Stock Leasing. He has previously served on the board of ArcelorMittal South Africa.

Mr Mondi has more than 20 years of postgraduate experience and over seven years working in financial markets in interest rate derivatives and asset and liability management. Mr Mondi is also involved in the BRICS think tanks in institutional strengthening and coordination. He has presented and participated in various conferences worldwide, including the UN, World Bank, BNDES and OECD.

Mr Mondi has travelled extensively throughout the world bringing innovation in his work for a better world for all. Mr Mondi is a South African citizen.